My trip to America (I mean Utah) 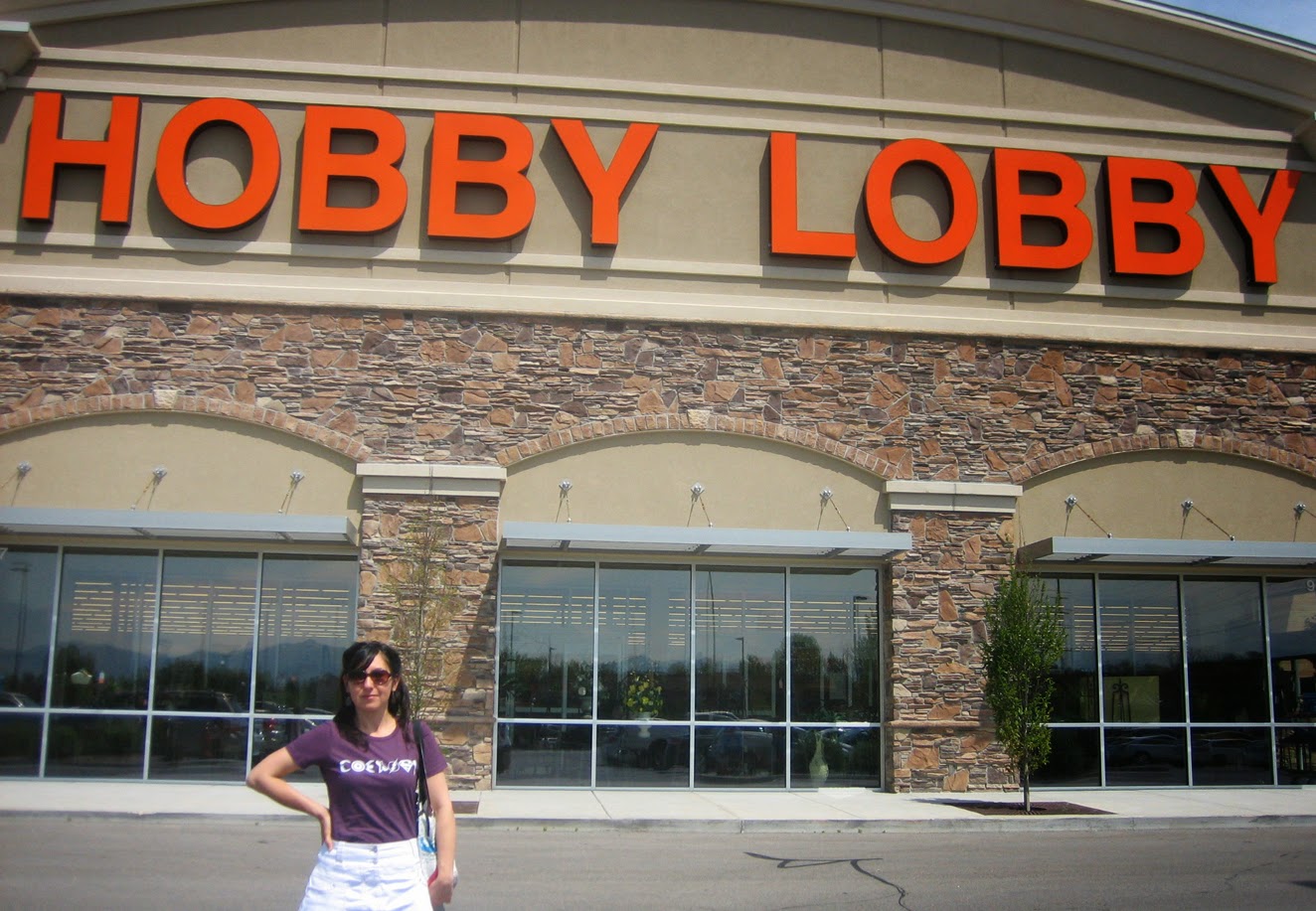 People from NYC have certain misconceptions about the rest of the country. They tend to look down on the rest as being well...less sophisticated. I am not one of them. In fact I have always had a kind of mythology that everything out there must be sweeter, nicer and cleaner. Everything must surely be less expensive than it is here.

I have been up and down the East coast. I have been to the West coast. LA and Santa Monica were not what I had in mind when I thought of going "out west". I have been to and around Chicago. No place that I ever visited fit the picture of the America that I have in my head. Until now. Last year our friends moved from NY to Utah. My husband and I decided that visiting them in Utah would be a great way to spend our summer vacation.

As soon as we stepped off that plane things were different. The people were just as friendly as I had imagined. I admit, at first I wasn't comfortable with such effervescence. It seemed a little too "Stepford Wives". But I got used to it pretty quickly, who wouldn't enjoy common curtesy and cheerfulness? I found myself easily slipping into that slower paced, stop and chat with strangers way of life. And those establishments I'd only heard of in the media- Hobby Lobby, Chick-Fil-A, In-N-Out Burger, they were all there to enjoy. 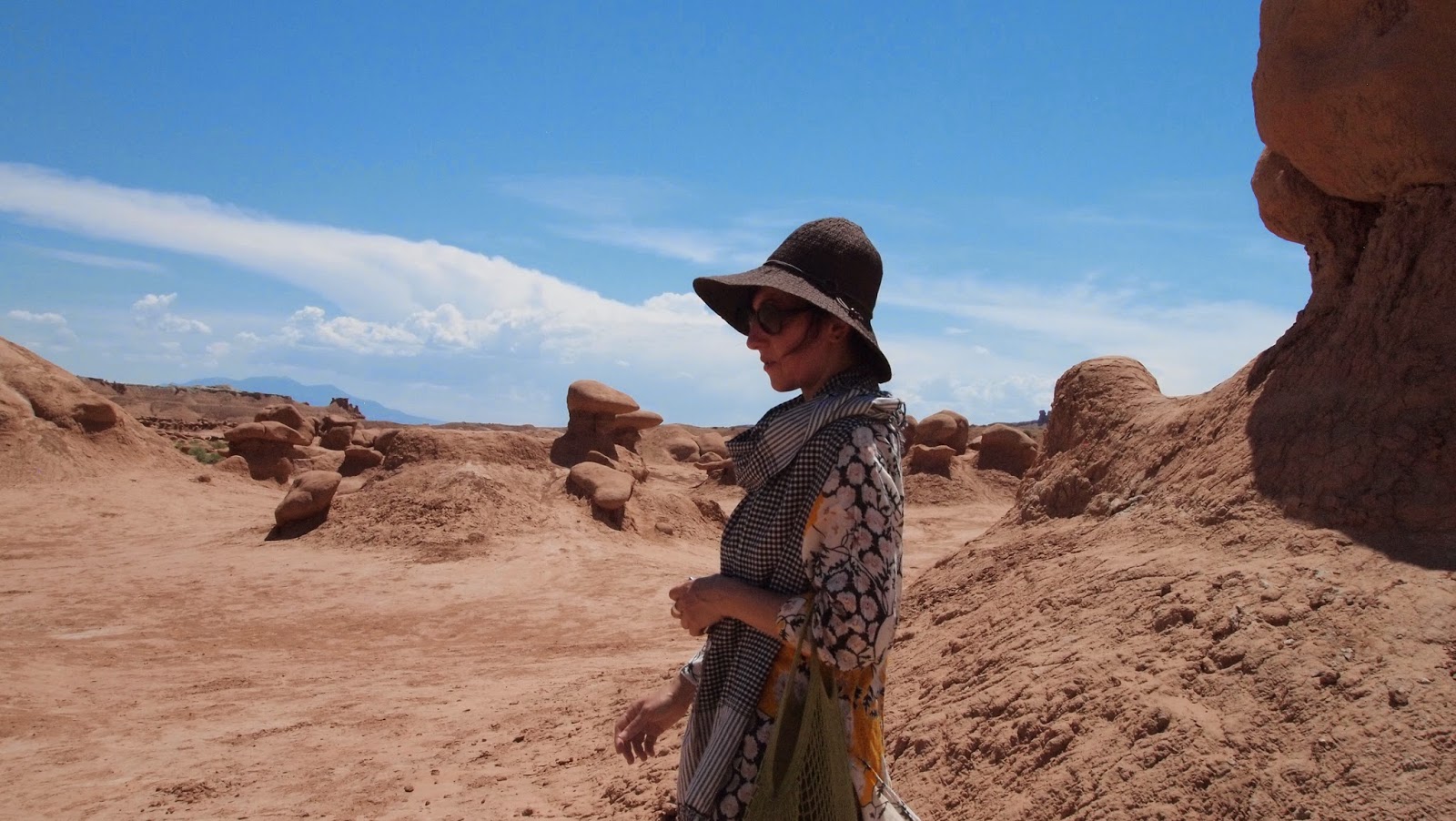 That was all fun, but the highlight of my trip was experiencing the desert. We visited Arches Park and Goblin Valley and they were both AMAZING. Yep, I found my America. These are the kinds of places I'd seen only in cowboy movies. 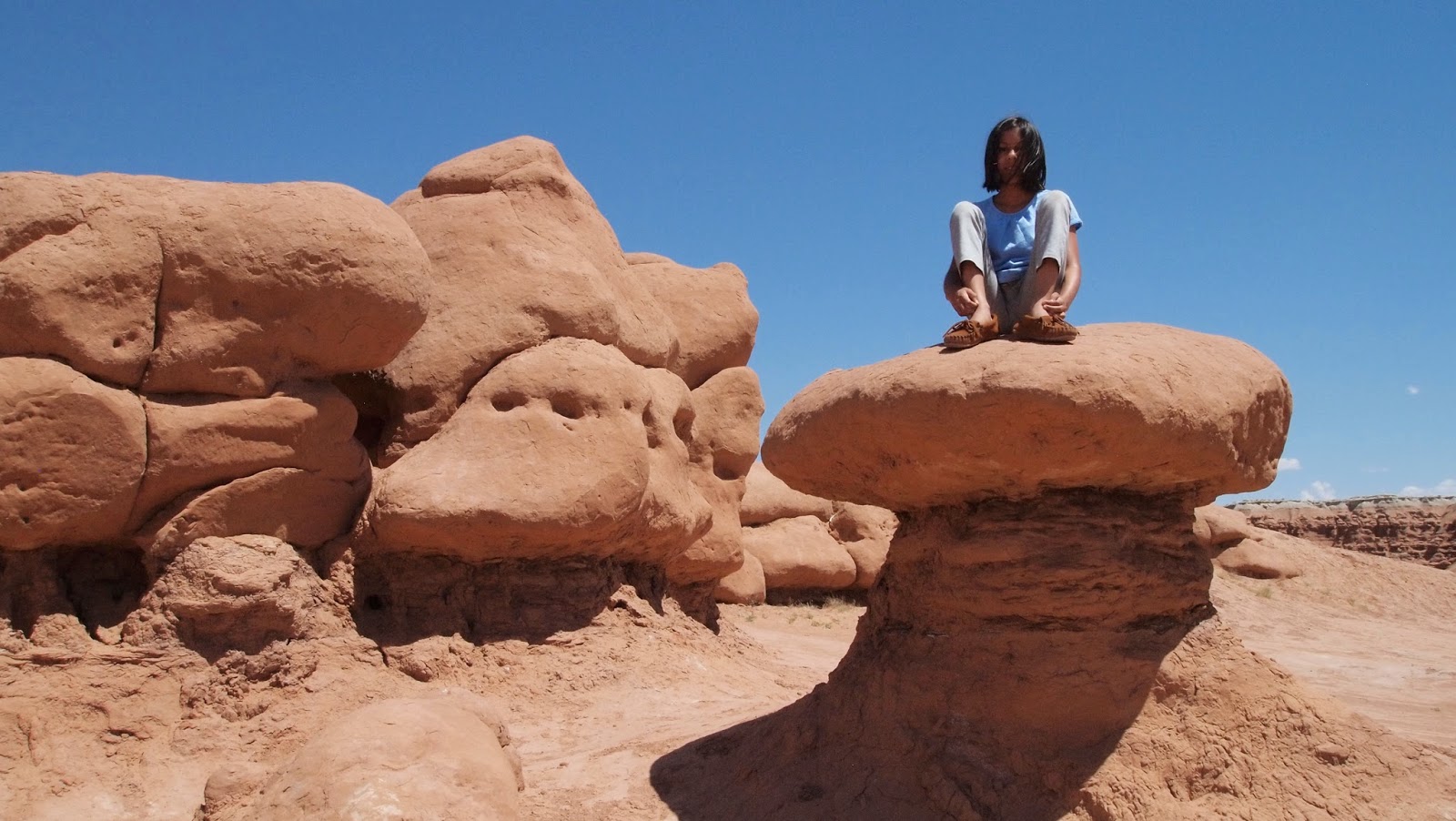 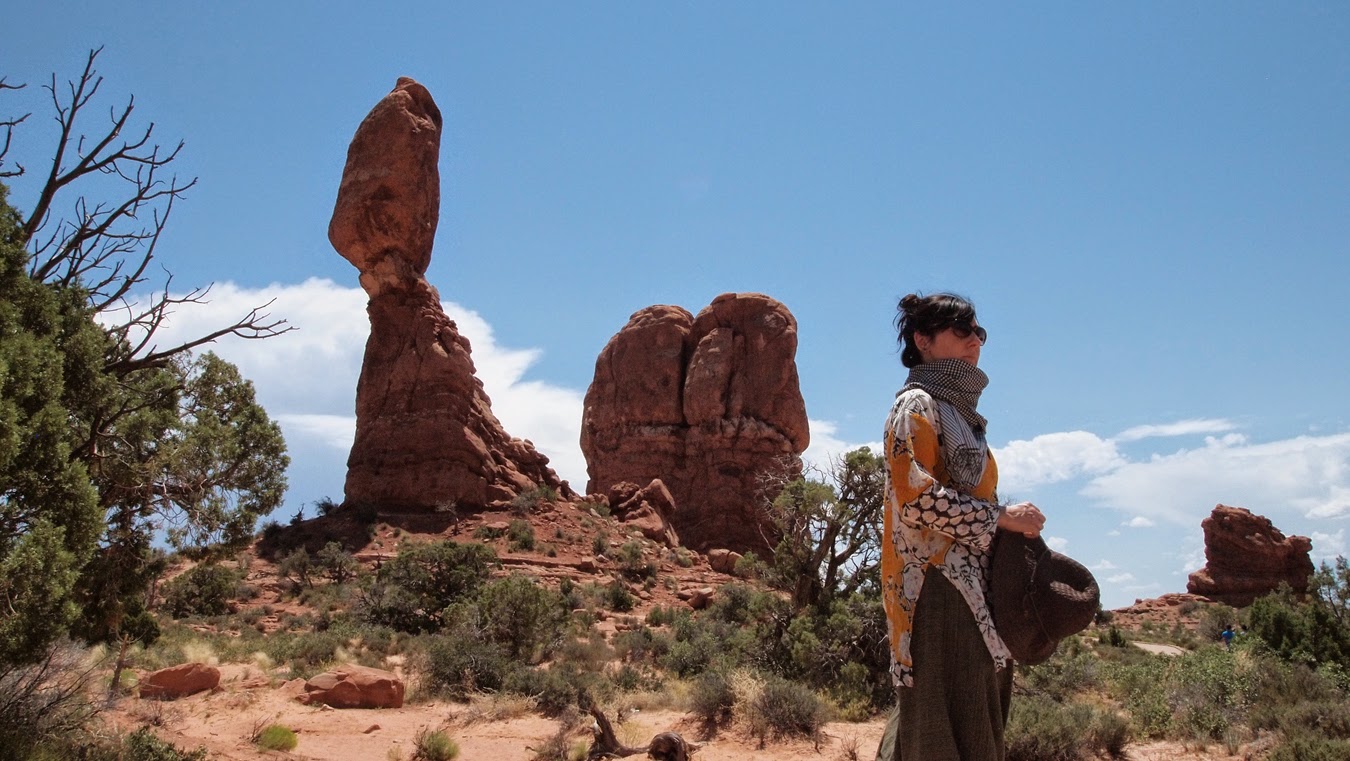 It was 110 degrees of blazing sun at Arches Park. We were there for seven hours because  there was so much to see. I used this unusual experience to try a little experiment with the sun. Instead of using sunscreen I covered up with fabric. I dressed in loose cotton clothes. I was covered from my hat to my socks. It provided full coverage protection. Not only did I not burn, but I actually got no color at all! I was also pretty comfortable, as comfortable as one can be in an oven. My daughters were also dressed like this at Arches and the only sunblock I needed to put on them was on the tips of their noses. 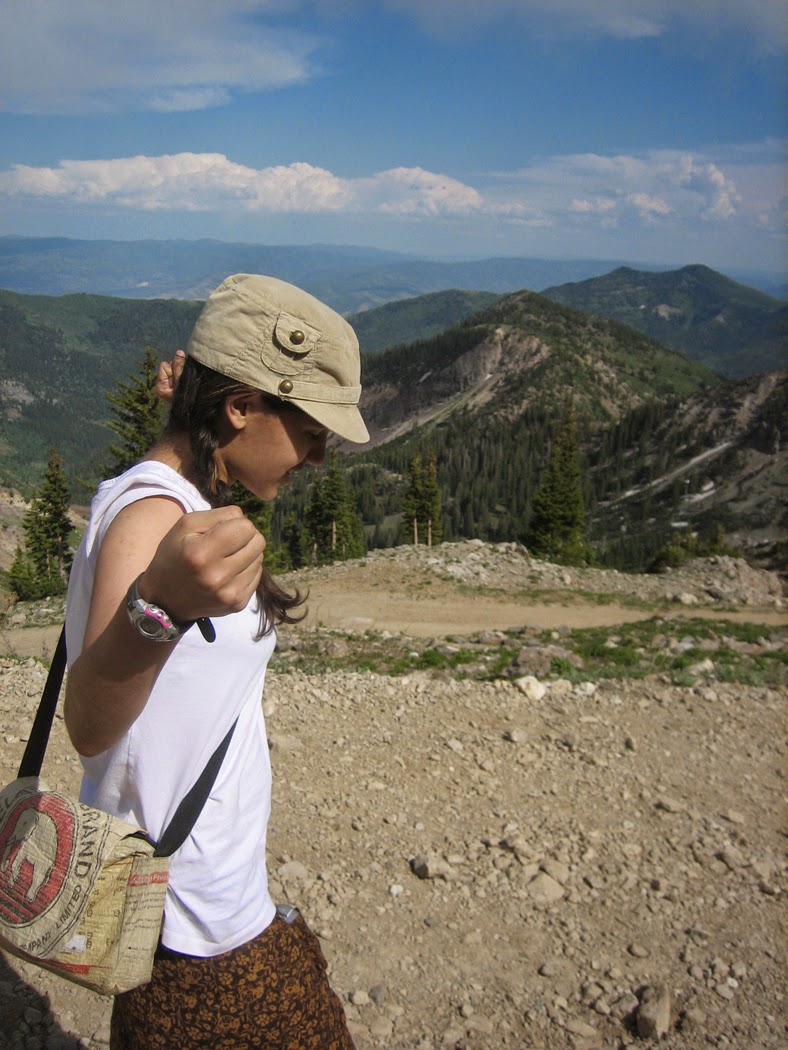 Another beautiful place we visited was Little Cottonwood Canyon in the Wasatch Range of the Rocky Mountains.  We took a 20 minute chairlift ride up 11,000 feet to the top.  It was 98 degrees at the bottom, when we got off at the top of the mountain there was... 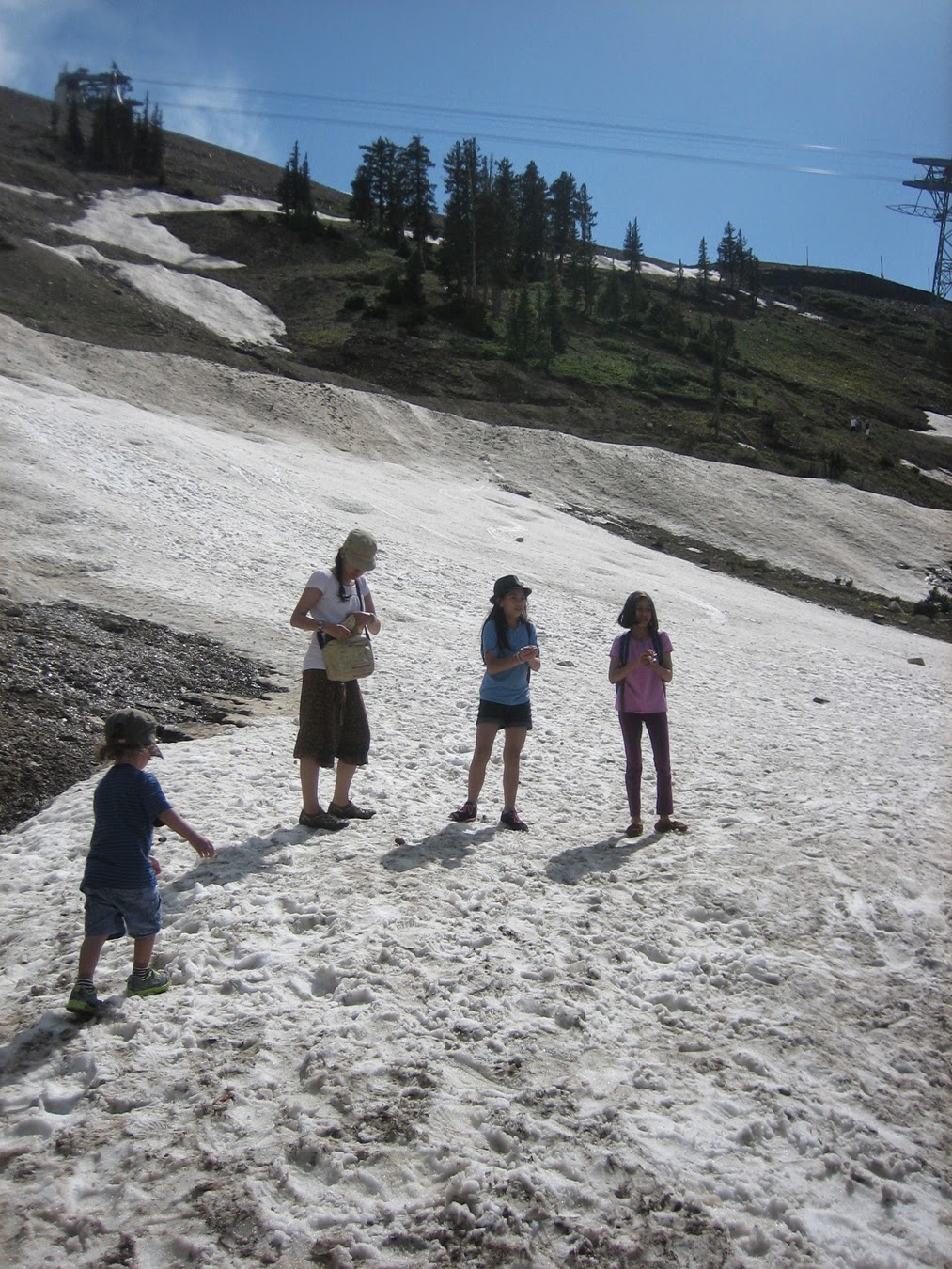 Snow!
We hiked around up there, the view was breathtaking and we saw many Alpine type plants and flowers. It was spectacular.

We went to The Utah Natural History Museum to see all the dinosaurs and to Fantasy Con. When my daughter found out Fantasy Con was going to be in Salt Lake City during our stay we had to go. Not only is she crazy for cosplay, but the Bored Shorts Kid's Snippets guys were scheduled to be there and we are all fans of theirs. All around this was the best family vacation we have ever had and Utah lived up to all my mythological dreams of America.
Posted by Eve at 9:20 PM 4 comments: 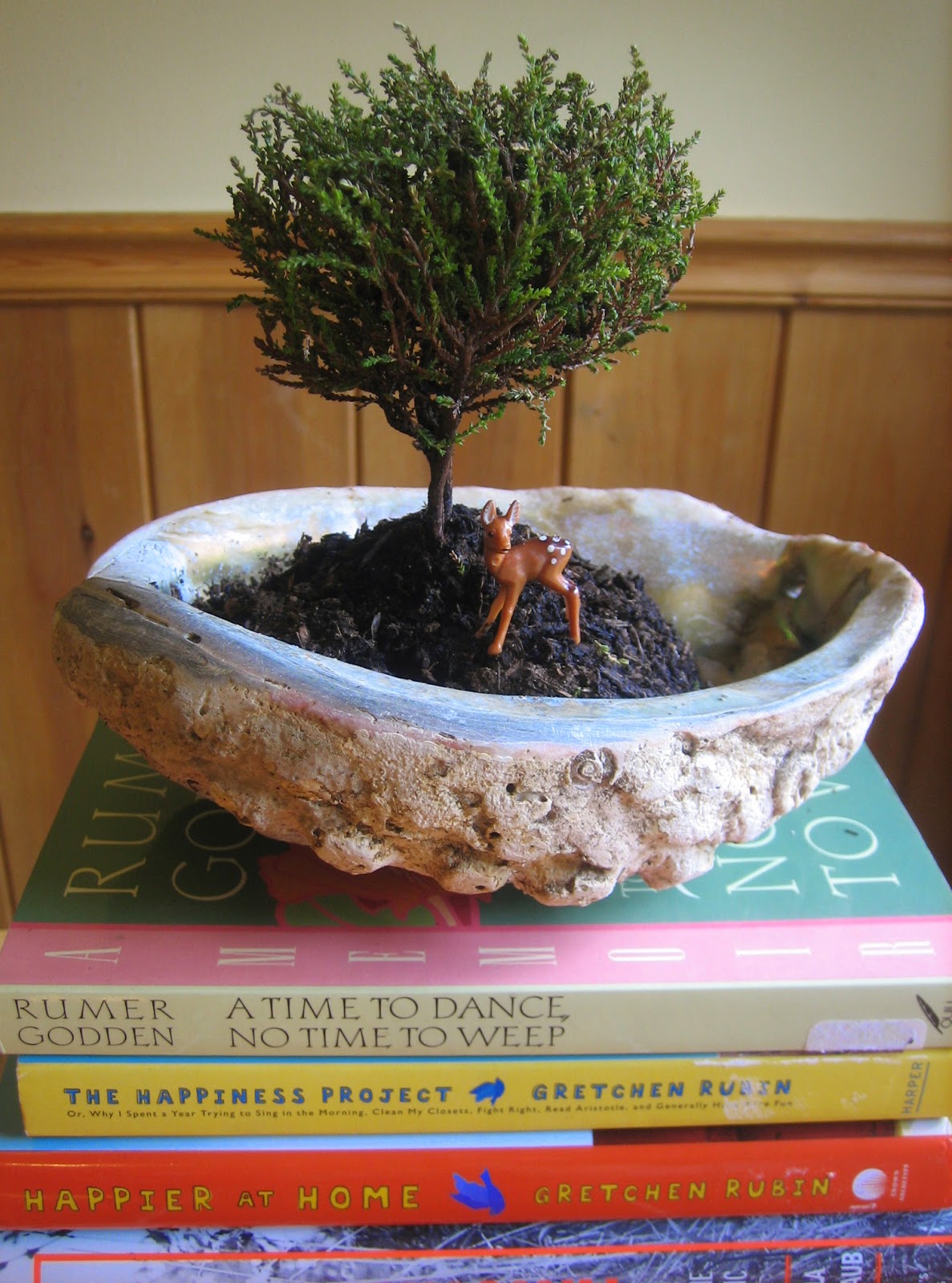 I' m very deliberate with my book selections for each season. It's the same with my craft projects. I enjoy certain things more at specific times of the year.

When the weather is cool I look forward to holing up with a long, long "people" story. Novels in which a hard life builds character or historical fiction are exactly what I want to read when I'm snowed in with a big pot of tea. Similarly, I want winter craft projects that are long and challenging.

When summer hits I want short and topical. I'll also go for a quick biography. Just the facts please, not something that will be emotionally draining or need pondering over. My attention span is shorter in the summer. I get easily distracted by everything that is so good about this time of year. Summer is spontaneous while winter is well thought out. I must move a plant to a new location because it just doesn't look right, I have to quickly get a bucket for a jelly fish or a jar for some fire flies. Food prep is quicker, getting everyone dressed and out is quicker. These summer days are flying by and I'm not going to miss a thing. 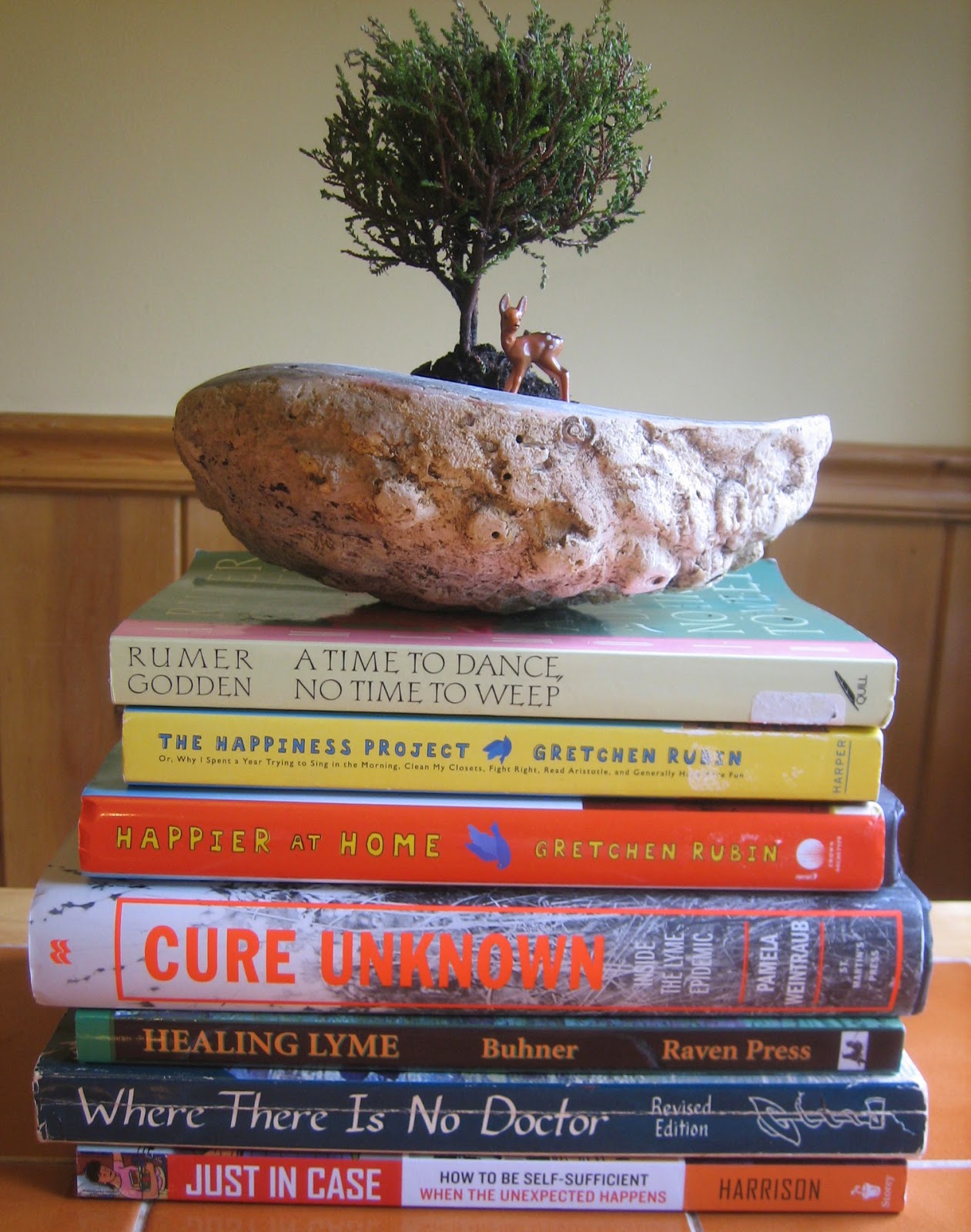 My problem this year is that I seem to have gone a bit overboard with my summer book pile. It's hard to pick which one to read next because I want to start them all right now!
Posted by Eve at 12:49 PM 1 comment: