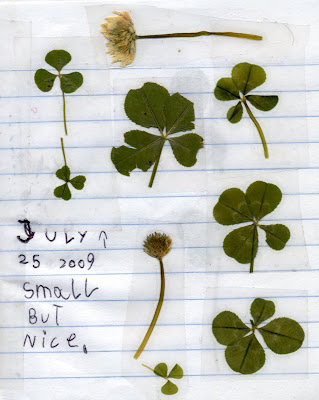 My daughter has a knack for finding four-leaf clovers. A year ago she started this little book to document her findings. All of the clovers on this page were found at one time. That’s how is usually goes with her, she finds a few at a time. She also keeps some three-leaf ones. “Real” four-leaf clovers come from the White Clover plant, this is considered to be the original shamrock. There are other plants that are passed off as four-leaf clovers like Oxalis or Pepperwort because they produce four leaves, but they are not genuine shamrocks. One way of identifying a real four-leaf clover is that the fourth leaf is usually smaller than the other three leaves.
In Irish tradition the Shamrock or Three-leaf Clover represents the Holy Trinity: one leaf for the Father, one for the Son, one for the Holy Spirit. When a shamrock is found with a fourth leaf, it represents God’s Grace. 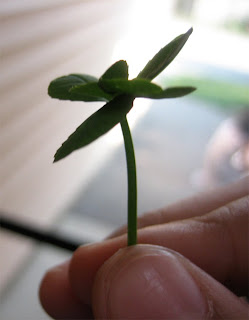 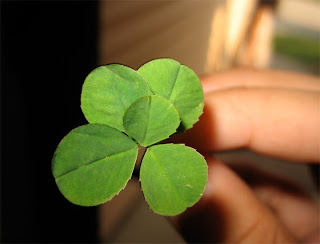 My daughter recently found this little oddity, a Five-Leaf Clover! These are much rarer than the four-leaf variety.  She took these photos herself, then pressed the plant to get it ready for her  book.
Posted by Eve at 8:15 AM 8 comments: 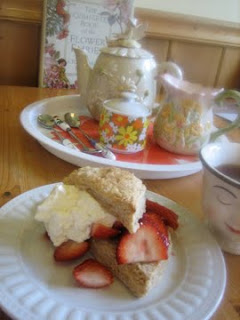 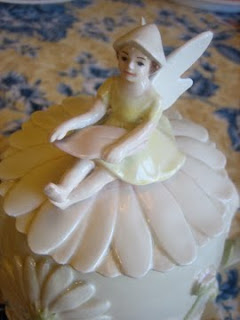 I like to change my teapots according to the seasons. Now is the time for fairies. In my garden the flowers are really blooming, the air is full of their sweet scents. We are being visited daily by butterflies and hummingbirds. So, it’s time for the fairy pot to grace our table. She will be with us all summer long.
Seeing all the beautiful organic strawberries at the market tempted me into making berried shortcakes from the current issue of The Storybook Home Journal, Deephaven.
Posted by Eve at 8:39 AM No comments: 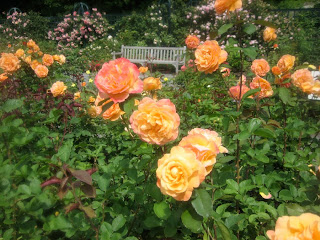 Today we celebrated my 16th wedding anniversary. We have actually been together for a whopping 25 years, but married 16. This day is also my Grandma Jean's birthday. Grandma Jean loved roses and my husband and I both love gardens, so we spent the day at The NY Botanical Garden. The rose garden  was especially beautiful. 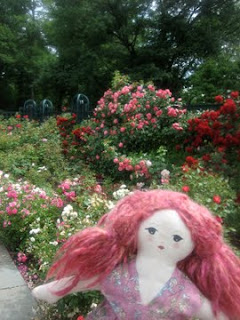 A doll named Rose came with us. I made her a couple of years ago to peek out of my daughter’s Christmas stocking. She is like a rose that is a bit past her day of perfection. She is a little weathered from all of her adventures and being well loved. 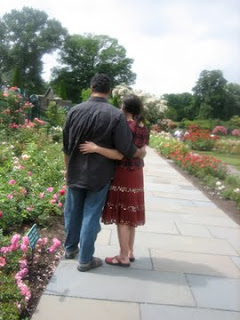 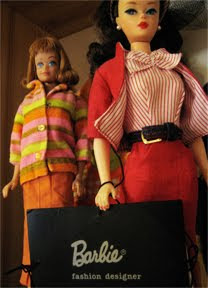 My very good friend LL Barkat mentioned to me that she and other bloggers were posting about Barbie to promote a book give away for the book “Barbies at Communion”. I was intrigued. These folks are not “Barbie people”, or even doll people. So I wondered what they would say about the doll I have an intimate love/hate relationship with. My childhood was lived during the pre- “pink box” Barbie era. Through Barbie my eyes were opened to the world of fashion. Back then the Barbie clothes were like real clothes, just tiny.  They were made of good quality fabrics with teeny buttons and zippers. A far cry from the plastic fabrics and velcro of today. Barbie became the perfect model for experimentation. I could poke, paint and glue her. I could put straight pins right though her hollow head (to keep the hats in place). You could pop off her head for someone else’s, if the hair didn’t quite go with the outfit. Clad only in a crazy arrangement of tin foil, she still smiled as if she were proud to be wearing it. She had dangerous adventures too. G.I. Joe couldn’t have all the outdoor fun. A favorite of mine was to tie string around her waist and throw her off a bridge at the top of a waterfall. I would watch her go down the falls, loose sight of her in the crash at the bottom, then pull her up after she resurfaced. This was reapeated over and over again.
One thing led to another and I ended up in a career designing clothes for real people. I don’t know how much credit Barbie gets for that, but I’m sure she had some influence. Where does the ‘hate’ come into our love/hate relationship? Well, I don’t care very much for the new Barbies. I don’t like the clothes, the hair, the stuff. 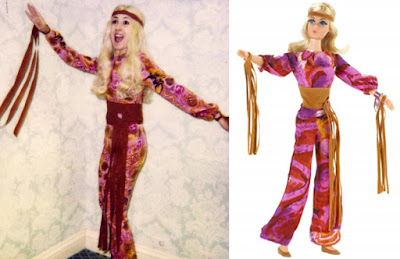 Here I am back around 1987, obviously I had much too much time on my hands. My sister and I would go to Barbie conventions. Yes, as you see sometimes we even dressed as Barbie dolls. I sewed replicas of real Barbie outfits for us to wear. You see me wearing the hippy get up worn by 1971 ‘Live Action Barbie’. I am also wearing a wig by the way. My daughters think this is very weird. They wonder why anyone would want to dress up like Barbie. Sure, they ask me to make costumes for them too. But, they prefer to run around as Laura Ingalls and Frodo. I guess I should count my blessings! 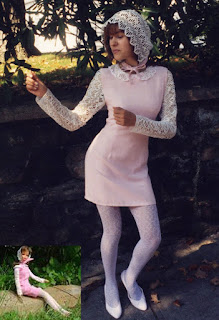 Here is my lovely sister sporting the 1965 Francie outfit ‘Dance Party’. Francie was Barbie’s mod English cousin. I wonder whatever happened to Francie. Has she traded in her false eyelashes and snakeskin coat in an effort to “go green”? I hope not. Either way she’s probably got a blog or two out there.
Posted by Eve at 5:02 PM 8 comments: